We joined the Photovoltaic Industry Association

A signature too far, or non-existent decisions – Adam Zwierzyński, Rzeczpospolita

Success of our law firm in private enforcement case

Recognized in this year’s edition of the World Tax ranking

We are happy to announce that in this year’s edition of the World Tax ranking published by ITR (International Tax Review), our law firm was ranked Tier 4 in General Corporate Tax!

In addition, as in previous years, Dorota Szubielska was recommended on an  individual basis in categories:

and Dr Piotr Karwat was recognised as WT – Highly regarded in Tax controversy.

This year we are also proud of the first (and certainly not the last!) listing in an international ranking for Mateusz Kornacki, who was recognised as WT – Highly Regarded in Tax controversy.

This recognition would not be possible without the trust of our clients – thank you and we look forward to working for you even harder!

Congratulations to the other awarded law firms and colleagues from the #tax world! 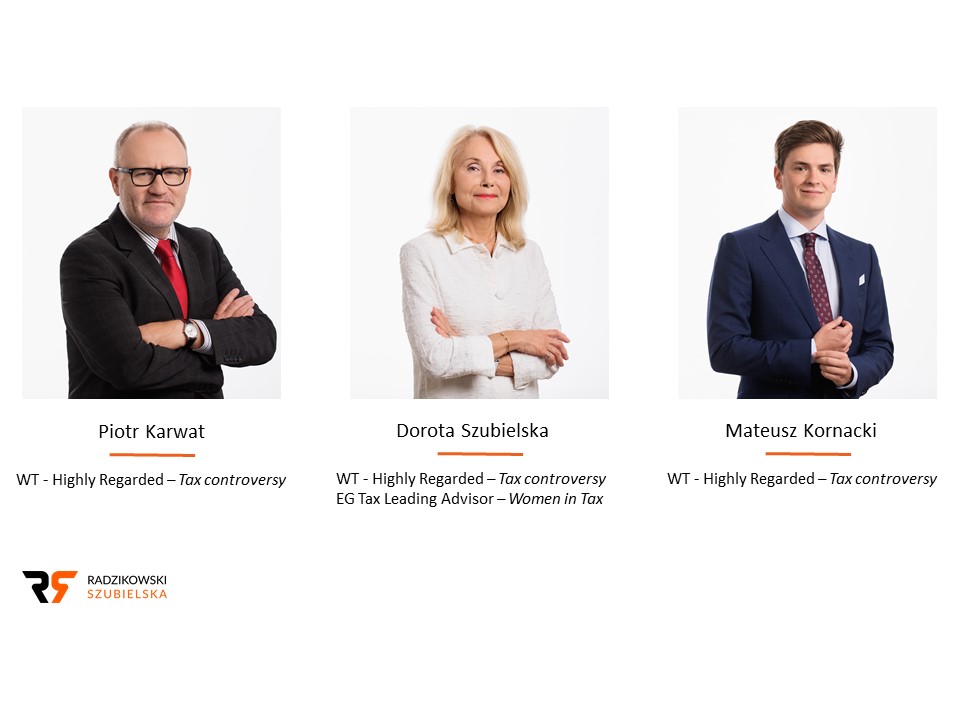