We joined the Photovoltaic Industry Association

A signature too far, or non-existent decisions – Adam Zwierzyński, Rzeczpospolita

Success of our law firm in private enforcement case

Recognized in this year’s edition of the World Tax ranking

Albert Einstein once said: ‘The hardest thing in the world to understand is income taxes’. In Poland, it is more than just income tax that is problematic, as there are more than a dozen of various taxes. One could go on and on about how complicated the Polish tax system is. The International Tax Competitiveness Index, an index of the US Tax Foundation measuring the quality of the tax system, ranks Poland at the far end of its list every year. So when it comes to taxes, it takes real experts, and it just so happens that we know some lawyers who are undisputed leaders in this area. What’s more, we can prove it.

We are proud to announce that in the recently published ITR (International Tax Review) World Tax ranking we have once again been recognized in the category General Corporate Tax (Tier 4).

Just like in the previous years, three of our law firm’s experts have received individual recognition: 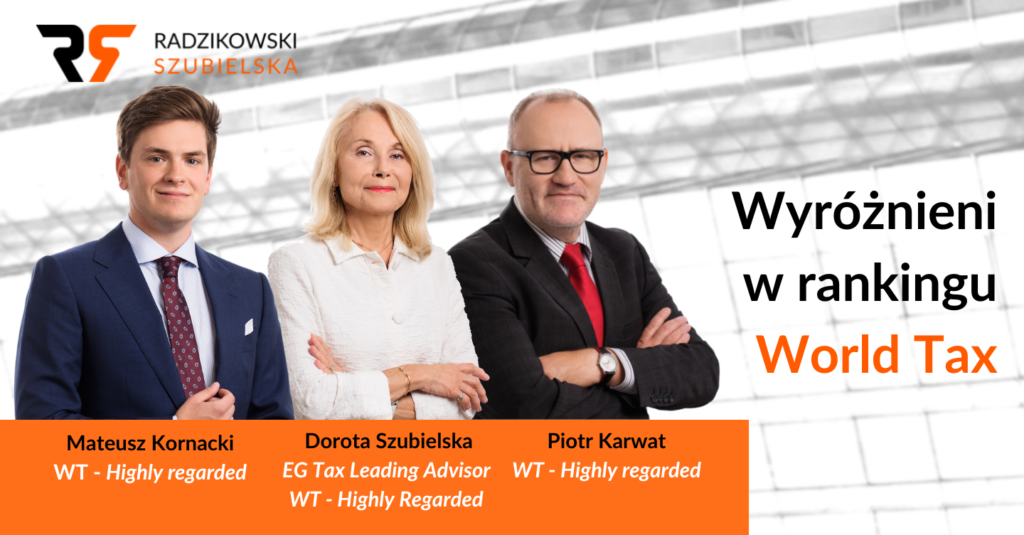